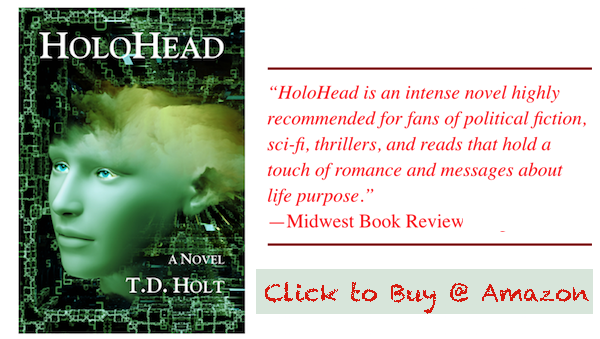 Romance, politics, and technology spin into a story of intrigue and crime—of innovation and Artificial Intelligence (AI) gone wrong. The fate of the United States hangs in the balance.

After the 2024 presidential election, the first woman president of the United States represents a fresh prospect for unity after years of political turmoil.

Lincoln “Mac” MacMahan (see Oblique)—a young, retired professor, a war-torn veteran—along with his wife and former students, stumbles across evidence that the President of the United States is not the woman who was elected.

Kidnapped by the nation’s lecherous leader, the real President must fight her way to freedom as Mac and his team are targeted for elimination.

Will that nation establish world domination through its android President? Will the real President survive to return to her role in leading the free world? Will love and perserverance—against all odds—defeat the ills of human nature?

In revealing the answers, HoloHead blends the boundaries of political, romance, and sci-fi thrillers.

And the fate of the United States hangs in the balance.

“Holohead will keep readers riveted to the end.”

“T.D. Holt has a real gift for taking current events and projecting them to future scenarios.”

“ Buckle up for a masterful ride of scientific and political mayhem!”

“The premise is fascinating... Holt takes you for a ride at the edge of techno-political thrillers.”

“A masterful blend of science fiction, political thriller, and romance.”

“Politics and romance wind into a story of intrigue and crime in a scenario of innovation gone wrong, documenting the hijacking of the American government in an entirely new way.”

“If readers think HoloHead is going to be a hard science tale, be advised that it is not.”

“In this T.D. Holt thriller, holograms have evolved beyond art and entertainment.”

“A wide variety of readers will relish HoloHead...” 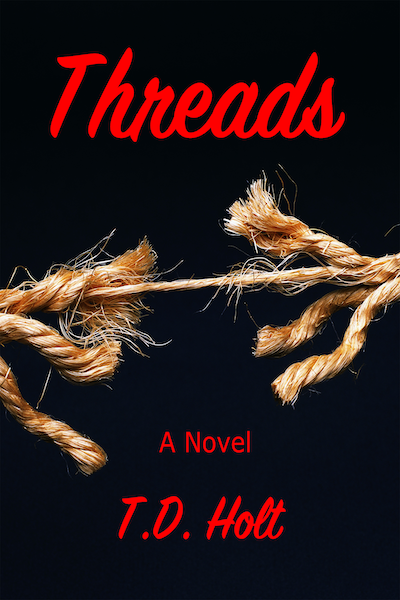 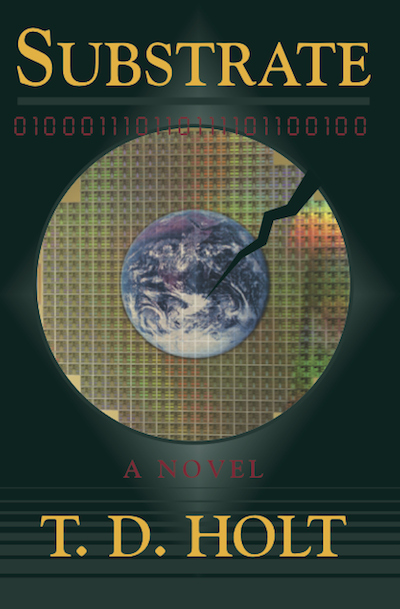